Scribes, a beautiful and simple text editor written in Python 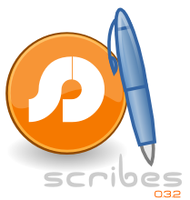 Scribes describes itself as a Simple, Slim and Sleek Text Editor for GNOME. And if you love GNOME, You’ll love Scribes too.

The mayor feature of scribes is it’s lack of screen real-state clutter. That means that it does not have a menu-bar and does not organizes open files in tabs; instead, it relies on the OS’s window manager to manage all open windows as well as a list of all opened windows in a Scribes session.

As stated above, Scribes does have a menu toolbar, but it does have a button toolbar and a status bar. But both of them are hidden by default, and when shown, they will be auto hidden after some seconds. When you need to use the toolbar, Scribes relies on a hot-corner (or trigger area). Pretty neat!

Toolbars in Scribes appear when you hover the mouse over the Hot corner. 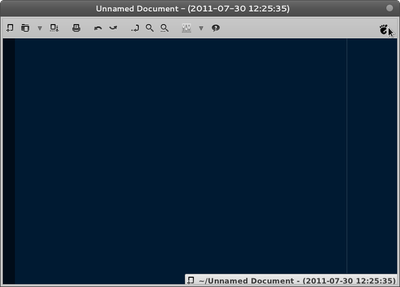 Besides a few pop-up windows and the two bars, Scribes does not depend on graphic elements like buttons, sliders, etc. To access to it’s full potential you will be using using keyboard shortcuts. Keyboard junkies will be pleased!

The basic editing keyboard shortcuts are the one’s that you probably already know if you have ever used windows or linux, like Ctrl+ C and Ctrl+ V for copying and pasting text. And to make things easier, Scribes comes with a handy cheat sheet that pops out when you hit Ctrl- H.

Scribes is not awfully configurable (in the sense of vim or emacs). I think that’s OK, because you rarely need to go beyond Scribes’ default settings other than the text Font, Tab width, text wrap and dictionary autocorrect.

If you need different colors, Scribes has Themes. 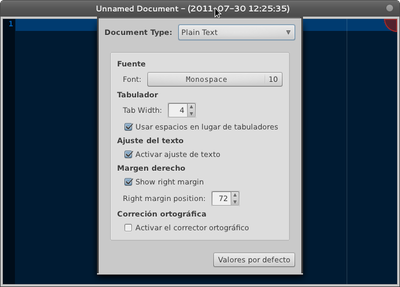 Should you need anything else from Scribes, the good news is that it is extensible. It’s written in Python, what would you expect?

For example, for Python, there’s a plugin for navigation trough functions and classes, a plugin for syntax checking (using pylint and pyflakes), and a plugin for smart indentation. 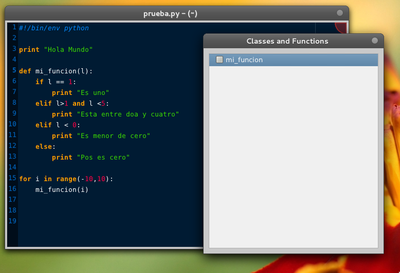 For HTML, and XML (including ZPT!), there’s Sparkup and ZenCoding.

Recent versions of scribes comes with a side pane (hit F4) to navigate files. This broadens the options available to navigate trough multiple windows: 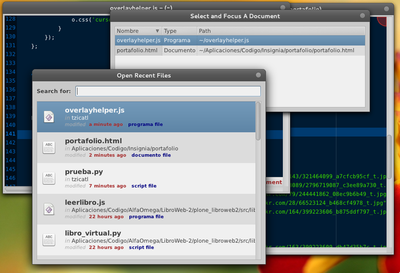 There are a lots of small details (that is, keyboard shortcuts) all over the app. But It would take me very long to explain every feature, and I will probably bore you. So just head over the Scribes’ home page, install it and give it a try.