This is how my blog looks before update: 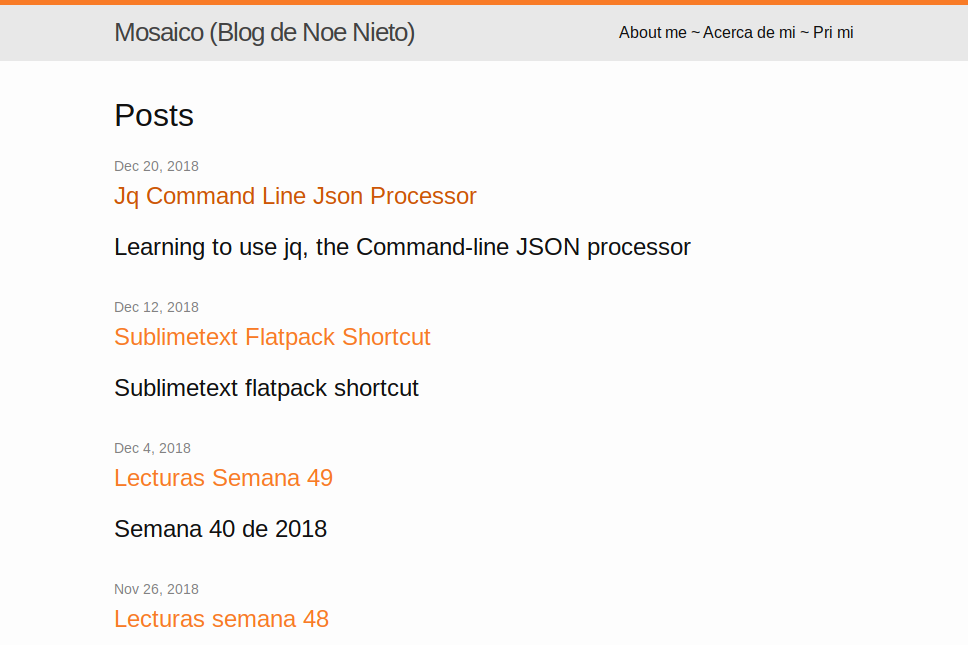 GitHub Pages is cool, but it only supports a fixed set of themes. After several years of neglect, the COVID19 quarantine gave me enough spare time to give my blog some long needed attention.

Initially I wanted to use the foundation theme, but after some thought I ended using bulma-clean-theme because colors are nicer and also has some degree of configurability.

These are the things I did:

I also worked a bit on the deployment. I want to make the deployment automatic. GH Pages didn’t like my customizations, so I had to find another way.

GH Actions to the rescue.

The steps of this pipeline are:

To configure the rsync connection to my server I created a SSH keypair using the Ed25519 algorithm. After that I copied the private key and pasted it as DEPLOY_KEY into my repo’s encrypted secrets.

I created a .nojekyll file in the root of my repository so that the GH Pages robot won’t try to build my site.

Finally I reconfigured my DNS to point to the new server. And this is the way it looks now. 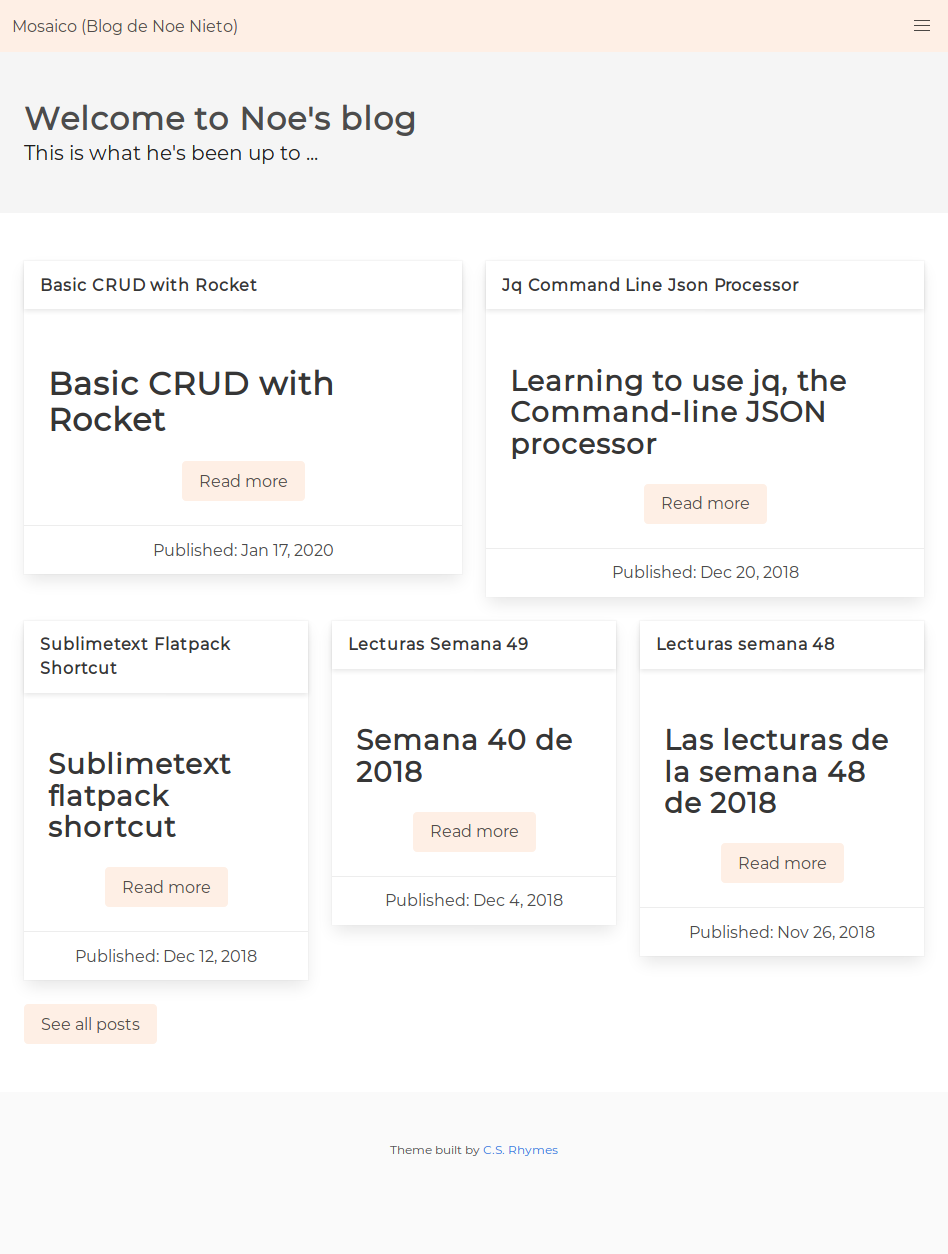